The Perfume of History at the Municipal Rose Garden 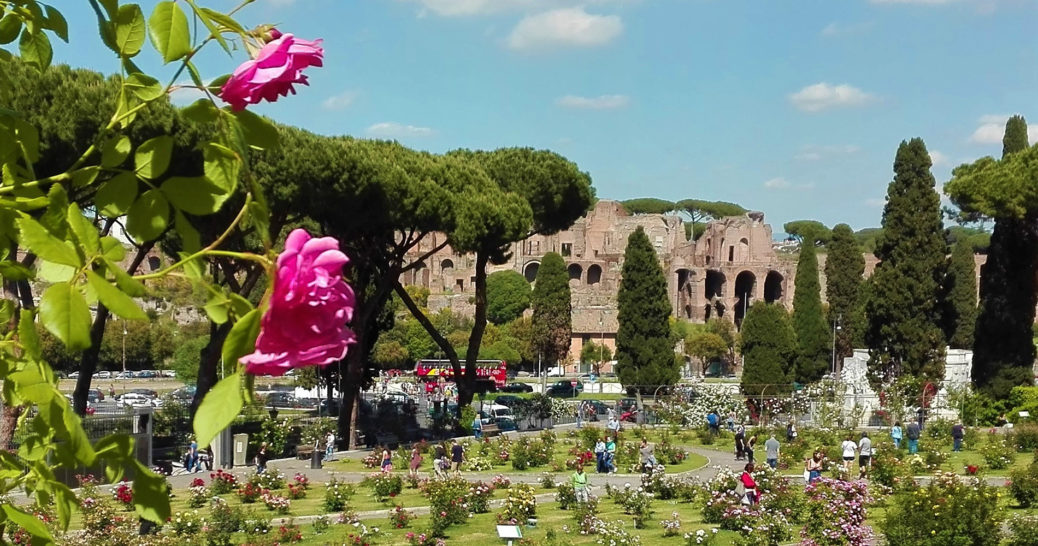 More than thousand species of roses, from all over the world, including the most curious ones with green, iridescent and smelly petals, kept in a splendid garden of the Capital on the slopes of the Aventine.

Every year the Rome Municipal Rose Garden opens to the public until mid-June, offering visitors a spectacular collection of antique and modern specimens, some of which are in competition for the prestigious Rome Prize, scheduled on Saturday, 18 May. The place where the rose garden rises has always been strongly linked to the flowers, since the Floralia, the spring celebrations that in antiquity took place in this area and in the Circus Maximus. The area, over the centuries, was first covered with simple crops and vineyards and from 1645 it became the Garden of the Jews with an adjoining cemetery. The shape of the menorah, the seven-branched candelabrum symbol of Judaism, according to which the paths that host the varieties of roses are divided, recalls the function that this garden had until 1934, the year in which the cemetery was transferred to Verano.

After this relocation the area remained uncultivated for over fifteen years and the Rome rose garden was established in Colle Oppio, on a design by Countess Mary Gailey Senni, American by birth and wife of an Italian Count who was passionate about flowers and a botanical expert. The Countess followed all the phases of the garden, was the architect of its promotion abroad and curator of the Premio Roma, set up immediately after the opening.

Destroyed during the Second World War, the Rose Garden of the Capital was recreated in 1950, with the kind concession of the Jewish community and on the sacred place that had housed the cemetery, on the slopes of the Aventine, in front of the remains of the Palatine Hill and just above the Circus Maximus. A stele, placed as a thank you at the entrance of the park, recalls the previous destination of the area dedicated to the queen of flowers, where you can breathe the scent of roses and the charm of centuries of history.