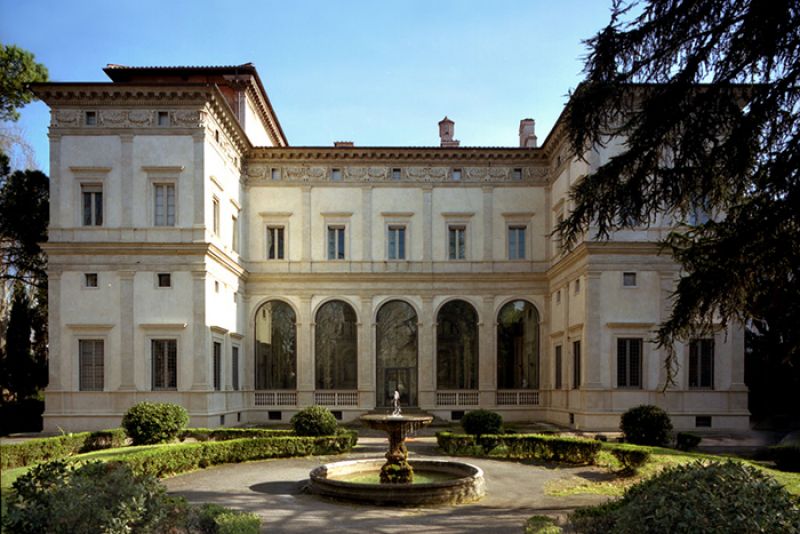 Guided visits in Italian and English in one of the most prestigious artistic buildings of the Italian Capital.

The main complex of l’Accademia Nazionale dei Lincei is located in the Trastevere neighbourhood at Palazzo Corsini, on Via della Lungara 10, also known as “Via Sancta” a long straight road trod by the pilgrims to go to the tomb of San Pietro. Palazzo Corsini is one of the most prominent Roman late-baroque palaces erected for the Corsini family in the 18th century: the palace was bought in 1736 by Cardinal Neri Corsini Junior, the nephew of Pope Clemente XII, and in the past had hosted a young Michelangelo and later, Cristina, Queen of Sweden, who resided in this illustrious palace in the 17th century. In front of the palace is the Villa Farnesina complex, one of the most noble and harmonious creations of the Italian Renaissance, and the seat of representation for the Accademia. The Villa, which was commissioned by Agostino Chigi in the beginning of the 16th century to the architect Baldassarre Peruzzi, with frescoes by Raffaello, Sebastiano del Piombo, Giovanni Antonio Bazzi, called il Sodoma, and by Peruzzi himself. At a later date it was acquired by Cardinal Alessandro Farnese, who gave it the name Farnesina, to distinguish it from Palazzo Farnese, on the other side of the river Tiber.

Palazzo Corsini: on every first Sunday of the month it’s also possible to access Palazzo Corsini and the Library with a guide at 11 a.m. and 3 p.m. (Palazzo Corsini), at noon and at 4 p.m. (Library). Exceptional openings upon request.