San Giuseppe “Frittellaro” and the recipe of the bignè alla romana 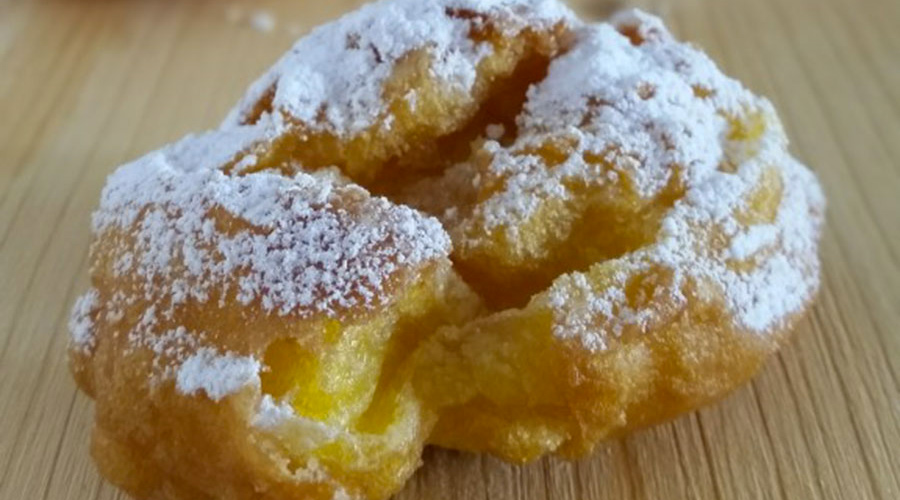 Christian history consecrated the date of the 19th March to St. Joseph, the so-called father of Jesus, patron of the craftsmen, the carpenters and the protector of all fathers. In Rome San Giuseppe is also called “the Frittellaro” because according to an ancient legend, the man, in order to support his family in the Holy Land, improvised a job as a seller of pancakes. A greedy tradition meant that the party dedicated to him was associated with bonfires and fried desserts, puffs filled with tasty pastry cream, a delicacy much appreciated also by the well-known Roman poets Giuseppe Gioacchino Belli and Gigi Zanazzo. Among the churches dedicated to the patron, the oldest is San Giuseppe dei Falegnami al Foro where, until the mid-nineteenth century, there were celebrations and copious banquets based on Roman cream puffs, whose recipe is simple to make even today, if you are willing to devote some time, attention and willigness to turn the kitchen upside down!

Heat a glass of water with the butter and a pinch of salt in cooking pot. When it boils, add the flour and blend carefully for 5 minutes. Allow the mixture to cool and then pour the beaten two eggs, the sugar and the grated lemon zest.
At this point you are ready for frying: pour the peanut oil into a large pot and, when it is hot enough, dip the dough into balls, obtained using two table spoons. Each ball will be a cream puff at the end of cooking, well browned and swollen, ready to be dried with kitchen paper and to be laid on a plate. Once cooled, the cream puffs can be filled with tasty custard and sprinkled with plenty of icing sugar.