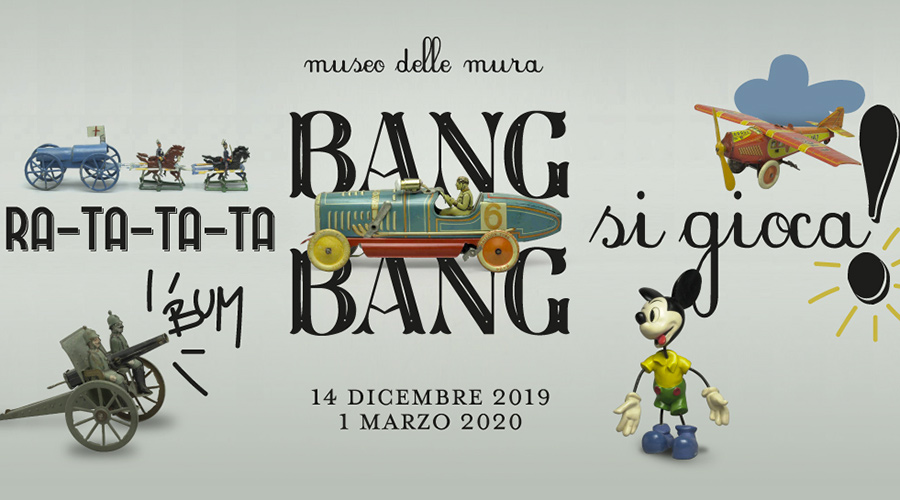 Until 1 March, 137 pieces from the Capitoline collection of antique toys are on display at the Museo delle Mura.
In the towers of the ancient Porta di S. Sebastiano, young and old visitors will be able to admire miniature castles with soldiers from different time phases, referring to the so-called “golden age” of toys, built between 1860 and 1930. The project stems from the desire to enhance the monument that houses the exhibition, Porta S. Sebastiano, part of the ancient defensive structure of Rome, within which weapons and military have actually been present for centuries.