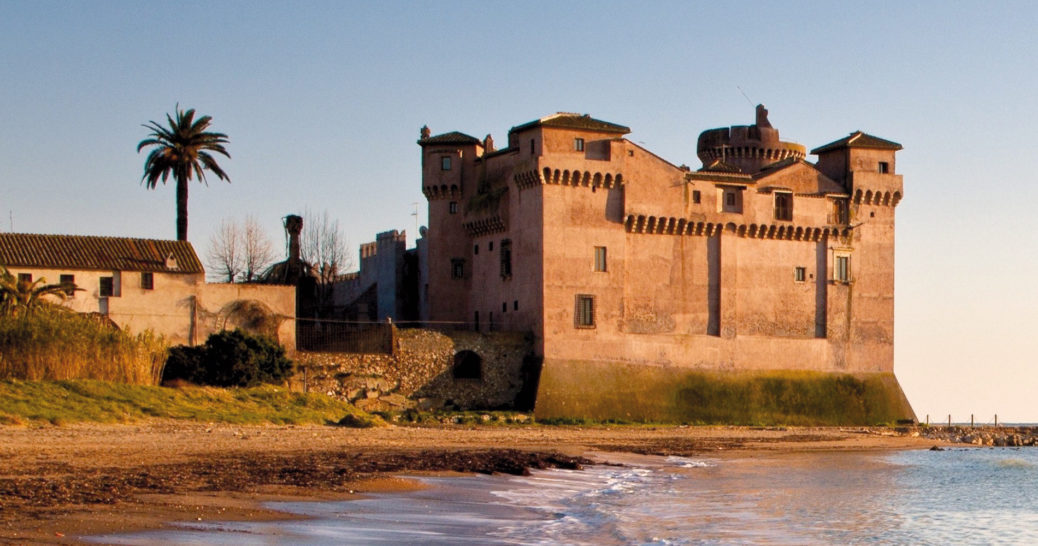 Open doors to citizens and tourists to visit the fortress which, until a while ago, appeared as an abandoned place. It’s a simple even if suggestive scenery for bathers in the crowd on the surrounding beach during the summer season.

The restoration work has brought to light important archaeological discoveries and, again, this place near the town of Santa Marinella, corresponding to the ancient Pyrgi, has regained its worthy role in history, which in its case spans many centuries.The original fortress, dedicated to the young martyr Severa, was built between the 10th and 11th centuries; it became a Castle in the 14th century and, for about 500 years, until 1980, it was the residence of noble Roman families and the residence for many popes, including Gregory XIII, Sixtus V and Urbano VIII. The period of its maximum splendor was certainly between the 16th and 17th centuries, when the characteristic village also came to life and nourished with its charm the imposing structure, used strategically until the second world war, in the phase in which the German army set up its military post.The guided tour inside the Castle offers the curious the opportunity to go deeper into the history and secrets of this place and, from sunset, the chance to enjoy an original area of refreshment and relief from the summer heat.