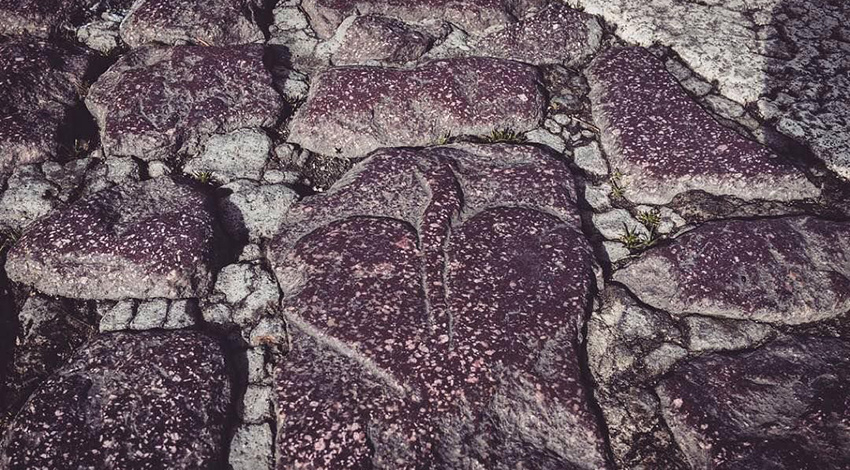 The terms “sampietrino” or “sanpietrino” refer to the typical leucitite block used in road paving and commonly used in the historic center of Rome. It takes its name from its extensive use in St. Peter’s Square and, under the papacy of Pope Sixtus V at the end of the sixteenth century, it was used for paving as many as 120 streets accessible by carts.
Today it characterizes only some suggestive places of the Capital and, moreover, the winding roads and the alleys with limited car transit. Sampietrino is also called “selcio” which, in dialect, becomes “sercio”, a term widely used in everyday language, of which we also find evidence in Roman literature.
In the midst of the 2 million or more cobblestones that make up the street paving of Piazza San Pietro, there is a paving stone known to the Romans as “The Heart of Nero”. It is a very small heart-shaped bas-relief, discovered by some children of the Borgo District and nicknamed so, without reason, but also known as “Heart of Bernini” and “Heart of Michelangelo”.
The legends that run on this very small work of art are numerous: according to some, the paving stone is the work of Bernini, as a sign of a love he never had found; for others, however, the small stone could be the work of Michelangelo as a symbol of broken love.
Another legend says that it was a woman who created this lovely heart to remember her husband sentenced to death unjustly.
This special “sampietrino” is found in the Libeccio della Rosa dei Venti on the square, passed under millions of eyes and identified very few times.