Best Wishes from the President of Federalberghi Roma 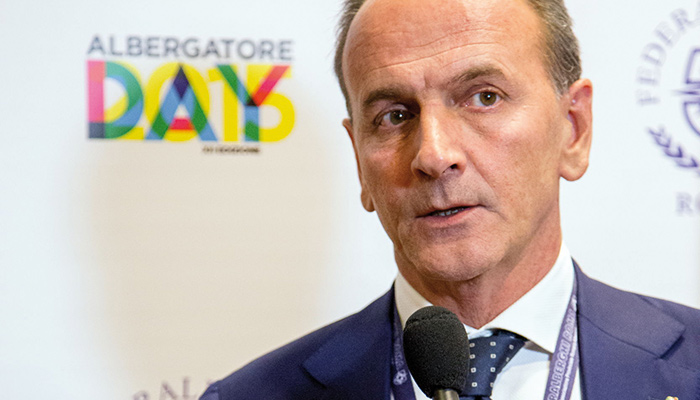 During the month in which winter meets spring, Rome puts the spotlights on its mission as the capital of the cinema celebrating one of its most important modern icons. 7 March, on the occasion of the centenarian birthday of a great actor, is opening (until June) the Villa of Alberto Sordi which rises at the Baths of Caracalla, hosting an exhibition which aims at exploring a journey through his life. Sordi was able to express both the flaws and the virtues of Rome and even Italy by means of the Seventh Art. Alongside, the voyage between the public and the private life of Alberto Sordi, the exhibition unwinds in a second expo room, the Teatro dei Dioscuri, where among many projects is shown one which was really important to him: “Storia di un italiano”.

Meanwhile, another important event will be celebrating from February onwards a recurring event about another international symbol born in Rome, although “adopted”. On the occasion of the centenary of the birth of Federico Fellini, the Studios of Cinecittà honor therefore the Maestro with the Fellini exposition – Ferretti sogna Fellini, an exposition about/an experience throughout  the fantasy world of the author of La dolce vita that won two Oscar Awards, by the set designers Dante Ferretti and Francesca Lo Schiavo.

And there is more, Rome offers the art lovers another must-see pearl in March: the Chiostro del Bramante hosts an exhibition dedicated to one of the most famous and controversial people of the contemporary art scene, Bansky a visual protest, with 80 art works and 20 projects for disc and book covers by the signature of the most known and yet anonymous street artist of the planet. Rome, to sum it up, is not only history and millennial art but a lively city full of events and new occasions for you to come back: we are waiting for you.

Thank you once more for choosing Rome and we wish you a lovely stay.